Save up to 75% off standard rates

Getting Car Transport to Netherlands Quotes is Easy on Shiply

If you’re moving to Amsterdam or just holidaying in Holland then you might be inclined to take your car with you, if that’s the case then you’ll want to plan ahead and look at some potential services to help you with the move.

Car Transport to Netherlands – A Guide

If you’re planning to drive the car to Holland or you intend to hire a car delivery to Netherlands transporter then you should make the following preparations before committing your car.

Documents: If you’re permanently (>12 months) exporting a car then you will need to get the relevant form from the DVLA and then reregister it with your local Dutch authority (which you can find at www.douane.nl).

Any EU licence will be valid in the Netherlands for 10 years from its issue date, after that period you should change to a Dutch licence.

Insurance: Driving your car between the UK and Holland requires it to be insured, but when the car is in the Netherlands the minimum cover is third party liability. Unlike the UK the owner of the vehicle is always responsible for it, regardless of the driver.

Inspection: You will need to arrange with the RDW for a vehicle inspection when importing any car into the Netherlands. The waiting list can be up to 2 months so it pays to book ahead of your move. You’ll need identification and the vehicle registry document as well as any other relevant paperwork.

Tax: If you’re taking your car abroad for less than a year then it will need to stay under UK road tax. Permanently importing a vehicle will require you to pay BTW and import duties to the Road Traffic and Transport Authority (RDW).

Parking: Dutch parking spaces tend to be designed for smaller European cars, so if you’re intending to import a large 4x4 then you could face more than heavy taxation, you might be unable to park it!

Preparing your Car for Transport

Before exporting your car you should check it to make sure it’s fit for transport. Take photos of its condition so you can compare them once it arrives in Holland, also ensure that tyres are inflated to the correct pressure and that the vehicle is running properly with adequate fluid levels.

These checks will help make sure that your car delivery comes off without a hitch. 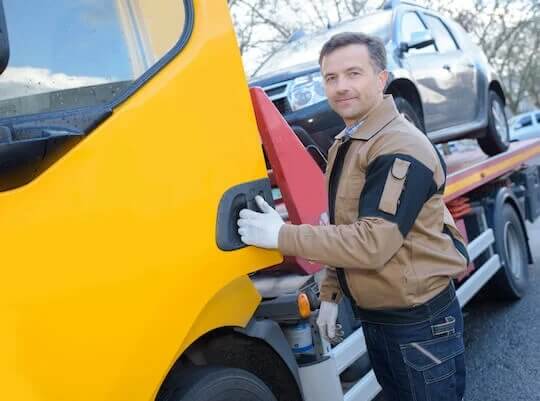 DIY: Driving to the Netherlands including ferry travel will take the best part of an afternoon; you can take the ferry from Harwich to the Hook of Holland or travel from Dover to Calais making an excursion through France and Belgium.

Trade plate drivers: A popular service with car auctions involves having a designated driver bring the vehicle to the auction winner. Driving on “trade plates” means that you don’t have to pay road tax, but buying a new car will subject you to Dutch import taxes.

Single transporter: Hiring a small trailer to transport your car is the most expensive method of car export; however, it can be useful for transporting decommissioned cars or new vehicles which you don’t want to add additional miles to. Classic cars are also often transported by covered transports to ensure that they avoid damage on the trip.

Multi car trailers: Large commercial-style transports can be an inexpensive way to import cars to Holland, because they carry multiple vehicles at once, they charge less than an individual carrier. The downside to this type of transporter is that they can’t offer door to door delivery due to their large size, meaning that you’ll have to pick it up from a depot out of town.

Shipping options: Other than driving the car onto the ferry you could also opt for containerised transportation. This is the most secure and expensive mode of shipping a car, so should probably only be used for transporting extremely valuable vehicles.

Picking Up Your Car

If you decide to hire a car transport to Netherlands firm then you’ll want to compare prices and find the best deal, however, getting quotes from numerous firms can take a while given all the variables of foreign car transport, which is why we’ve made finding a Dutch car transporter easier!

Listing your car delivery to Netherlands request on Shiply will allow thousands of delivery drivers to see and quote for your car transport.

By comparing different companies on their cost and reviews you will be able to find a transporter that suits you.

When your Car Arrives in the Netherlands

-When your car arrives make sure you check that it hasn’t been damaged during its trip, if it has then you should take it up with the transporter.

Once your car has safely made it to Holland there are a few things you should remember.

As noted, new cars are subject to different duties to used ones – taking your registration documents to the customs should be your first port of call.

-Road taxes are paid to the Bureau for Motor Vehicle Taxation after you have passed you inspection. If your car is new you will have to pay BPM but if it’s older than 6 months and you have lived outside the Netherlands for more than 1 year then you can be exempt from this tax.

-The Dutch are stricter on blood alcohol levels than in the UK.

When your car transport is completed and you’re happy with the service please leave feedback for the transporter on Shiply, this will help other users who are looking for car transporters to Holland in the future.

Millions of people use Shiply

Complete one simple form and quotes come to you via email. Hassle-free, no phone calls required.

All delivery companies on Shiply are feedback rated for your peace of mind.

As Shiply's delivery companies are already making similar trips, quotes are up to 75% cheaper than standard rates.

Need assistance? Email or call us. We are here to help.

Does Shiply Cover My Area?

Yes! There are couriers using Shiply all over the country and abroad, so whether you need to move a sofa across town or send a car across Europe, we have got you covered.

Does Shiply Have Different Sized Vehicles?

There are thousands of couriers on Shiply, with a wide range of vehicle sizes capable of handling any delivery. Providing the rough dimensions (and pictures if possible) on your listing will allow the delivery company to get the right vehicle sent out to you.

Who Will Carry Out My Delivery?

Whoever you choose! There are thousands of rated transport providers on our platform ready to make a bid to carry out your delivery. It is up to you to decide which quote to accept.

When Will I Receive A Quote?

You will typically start to receive quotes within 30 minutes. If you are worried about the lack of quotes, try adding some more detail to your listing as transport providers may be unsure of dimensions or weight and feel unable to provide an accurate quote. If your delivery is urgent, you can try our 'featured delivery' feature which moves your listing to the top of the search page for couriers.

How Many Quotes Will I Receive?

Whilst there is no guarantee of quotes, 98% of our listings receive at least 3 quotes, so you are likely to find someone who can undertake the delivery of your items.

If your item requires packing materials or extra care then you should make sure this is highlighted in your listing and discussed with any transport provider whose quote you are considering. Couriers on Shiply are able to provide all levels of service and can help pack your items, just ensure you inform them of your needs.

Will My Goods Be Tied Up Securely?

Transport providers will almost always tie up an item in the transport vehicle, as the risk of damage from moving around during transit is high. You should always confirm safety precautions and packing needs with transport providers before accepting a quote.

Can Items Be Taken Upstairs?

Yes, items can be taken upstairs if needed, and can also be assembled. Transport providers on Shiply are happy to provide these services, but you should ensure that you are mentioning these requirements in your listings as it may mean a second person is required for the move.

Can I Travel With My Goods?

The majority of transport providers on Shiply are only insured for the transportation of goods, however, some are also able to take people. If you need to travel with your goods, make sure to mention this in your listing and highlight this to any courier who quotes on your listing.

What If I Need To Cancel My Booking?

If you have accepted a quote and paid the deposit but wish to cancel the delivery, then you should first inform your chosen transport provider that you no longer require the delivery. You should then contact us at to have your deposit refunded.

Can I Change The Address Of The Delivery?

If you have not yet accepted a quote then you are able to change the address of your listing. Note that editing details of your listing after publishing will result in active quotes being voided, so you will have to wait for new quotes to come in. If you have already accepted a quote and need to change the address, please let your transport provider know and contact us at . 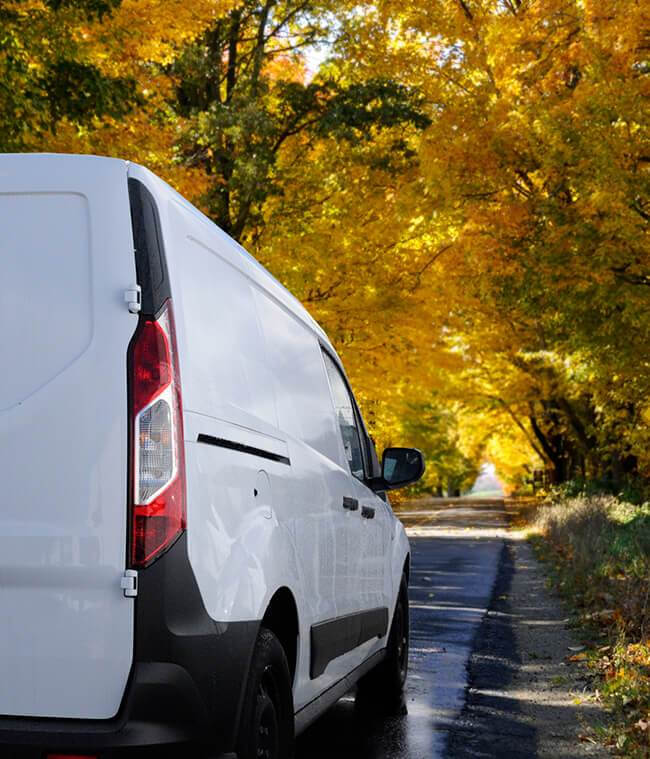 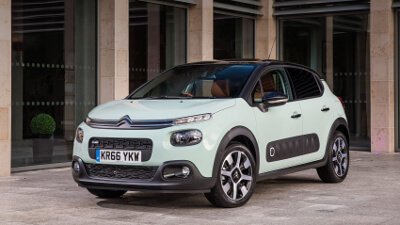 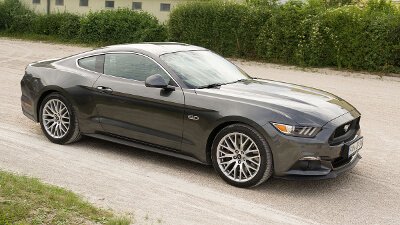 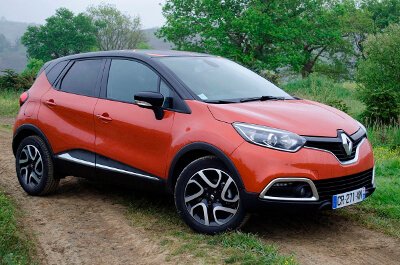 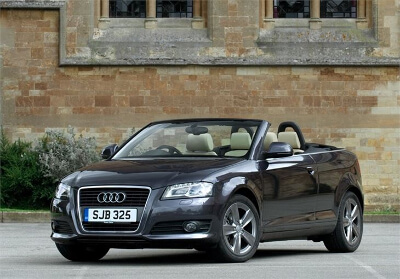 How Shiply Helps The Environment

By utilising spare capacity of vehicles running on the road, Shiply helps reduce the number of otherwise wasteful journeys needed to transport the item.

"Simple and effective, will be using regularly. Good value and makes the process of moving big things around so much easier!"

"In a matter of hours, I received an offer that matched my budget from a company with very good feedback. I love being able to rely on Shiply for getting the precious finds from eBay across the country for a reasonable price."

"Shiply fills the gaps between getting bulky items collected and delivered and you having to go get them yourself. Used them many times, saves me lots of time and money."

"All went very smoothly and easily and the courier whose bid I accepted were lovely, good communication, and helpful. Couldn't fault at all and would certainly use again."